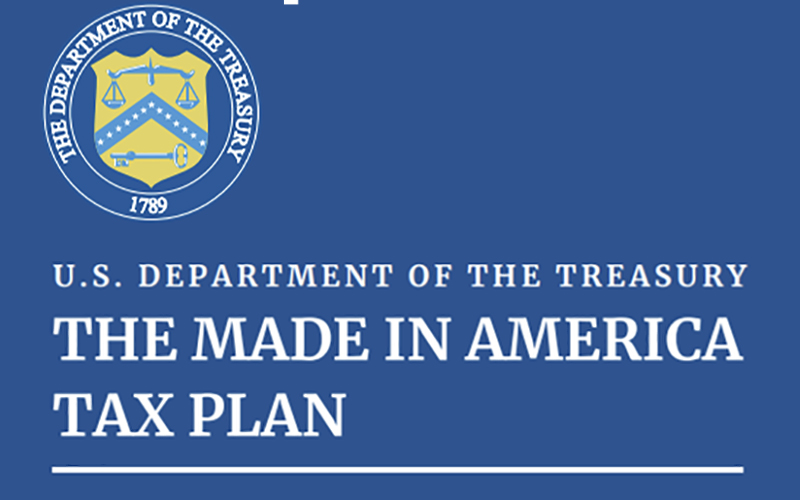 From the U.S. Department of the Treasury –

President Biden in April proposed the American Jobs Plan, a comprehensive proposal aimed at increasing investment in infrastructure, the production of clean energy, the care economy, and other priorities. Combined, this plan would direct approximately 1 percent of GDP towards these aims, concentrated over eight years.

The goal of President Biden’s Made in America tax plan is to make American companies and workers more competitive by eliminating incentives to offshore investment, substantially reducing profit shifting, countering tax competition on corporate rates, and providing tax preferences for clean energy production. Importantly, this tax plan would generate new funding to pay for a sustained increase in investments in infrastructure, research, and support for manufacturing, fully paying for the investments in the American Jobs Plan over a 15-year period and continuing to generate revenue on a permanent basis.

To start, the plan reorients corporate tax revenue toward historical and international norms. Of late, the effective tax rate on U.S. profits of U.S. multinationals—the share of profits that they actually pay in federal income taxes—was just 7.8 percent. And although U.S companies are the most profitable in the world, the United States collects less in corporate tax revenues as a share of GDP than almost any advanced economy in the Organization for Economic Co-operation and Development (OECD).

At the same time, the U.S. corporate income tax system incentivizes shifting of profits and investment abroad—and allows other countries to undercut corporate tax rates here. For instance, a U.S. corporation making a physical investment abroad pays no U.S. tax on the first 10 percent return on foreign investment. And, both U.S. and foreign corporations still have substantial incentives to report profits in low tax countries and strip profits out of the United States; the latest data suggest that such profit shifting remains at record levels.

The President’s Made in America tax plan is guided by the following principles:

Read the Treasury Department’s full report on the Made in America Tax Plan at MadeInAmericaTaxPlan_Report.pdf (treasury.gov).

If you have questions regarding any business or personal tax matter, contact the experts at Kleshinski, Morrison & Morris CPAs for help. Call us at 419-756-3211, send an email to kmm@kmmcpas.com, or fill out our Contact Us form at this link.

How to apply for FEMA’s COVID funeral assistance program